The Ngorongoro Crater is part of the Ngorongoro Conservation Area – one of East Africa’s most remarkable destinations! Recognized as a UNESCO World Heritage site, it will blow you away with its pure magnificence, its scenic beauty and its incredible geology. It was once a gigantic volcano and is today a sanctuary for Africa’s largest mammal population with more than 25.000 animals!

Part of the Ngorongoro Conservation Area

This unique area borders the Great Rift Valley to the East and South, Serengeti National Park in the West and Loliondo Game Reserve to the North. Its main topographical features include: the Gol Mountains; the Ngorongoro Highlands with various mountains, craters and calderas; the short grass plains and such archeological sites as the Olduvai Gorge and Laetoli. 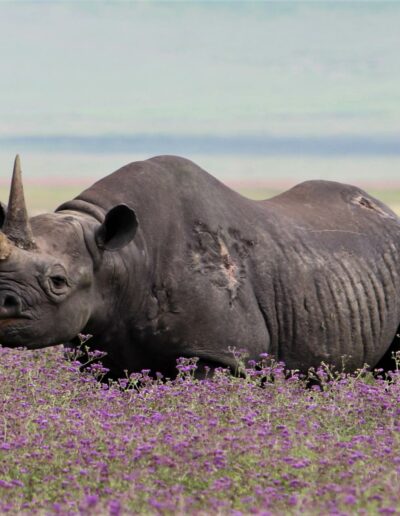 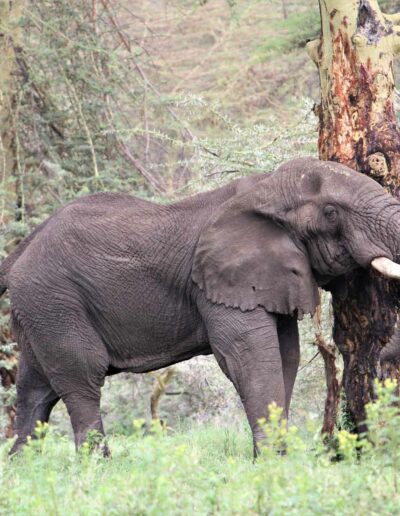 all year around – best during wet season

The Ngorongoro Crater is the largest inactive, unbroken and unflooded volcanic caldera. Its highest point is on the southeastern side where it reaches 2440m above sea level. In diameter the crater measures from 16 to 19 km and its walls have a height of 400 to 610 m. The crater floor has formed its own ecosystem consisting of dry grassland, the Lerai Forest, the Munge River, the soda lake Magadi, the Ngoitokitok Springs and the Gorigor & Mandusi Swamps.

The Ngorongoro Crater is home to about 20.000 to 25.000 animals with slight fluctuations due animal movement in the dry and wet season. It is a great year-round destination that supports an incredibly rich variety of wildlife due the constant availability of fresh water. In addition, the volcanic soil supports the growth of phosphorous-rich plants, which have a high nutritional value.

It is one of the only places in Tanzania where it is possible to spot the rare black rhino, which has been pushed to near-extinction. Of course, the other ‘Big Five’ – buffalo, elephant, leopard and lion – are not far either. Whereas buffaloes, elephants and lions are regularly spotted, it is quite challenging to find leopards as the prefer the heavily wooded areas along the crater rim.

Elephant bulls with large tusks are regularly seen – especially in the Lerai Forest and near the swamps. The open grass plains are dominated by elands, gazelles, wildebeest and zebras. The high number of herbivores supports a large predator population, namely prides of lions and spotted hyenas.

Cheetahs have been recorded but are rarely seen. Although the crater is home to a large variety of animals, giraffes, impalas and topi are not found within its boundaries.

Which travelers will particularly enjoy the Ngorongoro Crater?