The region of Ndutu is part of the Ngorongoro Conservation Area that stretches into the southern part of Serengeti National Park. It is in many aspects considered as the extension of the seemingly endless Serengeti plains. Rolling grasslands, the shallow alkaline lakes Ndutu and Masek, as well as acacia woodlands await travelers here.

Ndutu is the prime game viewing location if you would like to encounter the Great Wildebeest Migration. Between December to March/April the wildebeest herds will settle across the vast plains to graze. Especially the month of February (depending on the rains) marks the highlight for many travelers as the wildebeest cows are expected to give birth – a feast for predators.

The wildebeest herds will proceed moving by March/April to search for better grazing opportunities. Nevertheless, there is plenty of wildlife remaining that do not follow the Great Migration and inhabit this area year-round. These include elephants, giraffes, hyenas, caracals, lions, servals, and many more. 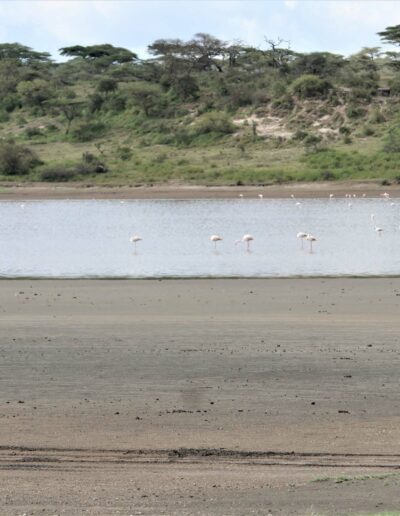 all year around – best during Calving Season: January – March

Hightlight: Great Migration
> settles on the Ndutu plains from December to March/April
> calving season with peak in February
> predators in action who target young and weak ones